Please note that you are leaving the JTC Corporate Website
What does it mean to be a smart and sustainable city?
30 Aug 2021 • Written by The Straits Times, by Hugh Lim
Share
Facebook WeChat Linkedin WhatsApp Twitter Line Telegram Copy link
In the eco-vanguard are Tengah's innovative cooling system and Punggol's open digital platform
Artist's impression of Punggol Digital District

Climate change and urbanisation are two of the most important challenges facing the world today - and they are inextricably linked.

In South-east Asia, one of the most rapidly developing regions in the world, millions are moving out of rural settings into more urbanised areas every year. Sadly, this urbanisation is usually accompanied by an increase in greenhouse gas emissions.

However, this need not be the case.

Recent studies reveal that residents of denser city centres emit half the greenhouse gas emissions of their suburban neighbours. Moreover, cities have the unique ability to respond to a global issue such as climate change at a more local level, engaging residents directly.

Cities are crucibles of innovation and usually offer more immediate and effective communication between the public and decision-makers.

Therefore, cities that are well planned and managed may hold the key to balancing economic growth and environmental sustainability.

On a city scale, urban infrastructure and policies are required to drive emissions reductions through lifestyle choices.

Take the example of Tengah, Singapore's most ambitious smart and sustainable new town to date. The Housing Board, in collaboration with energy utilities provider SP Group, will implement Singapore's first large-scale residential centralised cooling system there.

Such collaborations and initiatives will aid Singapore in achieving its pledge to cap its emissions by 2030 and halve them by 2050. Its success will hinge on three things: power, process and people.

The National Climate Change Secretariat predicts an increase in average surface temperatures of 2.9 deg C to 4.6 deg C under the RCP8.5 greenhouse gas trajectory for the period of 2070 to 2099, relative to 1980 to 2009. (RCP8.5 is a baseline scenario referring to the concentration of carbon that delivers global warming at an average of 8.5 watts per sq m across the planet.)

What an increase in average surface temperatures means for Singapore is that there will be a commensurate increase in demand for air-conditioners.

The amount of energy used to cool Singapore - which has the highest rate in the South-east Asian region of air-conditioners installed per capita - is projected to grow by 73 per cent between 2010 and 2030.

The good news is that Singapore is piloting more energy-efficient technologies, including district cooling systems like the one implemented in the Marina Bay district in 2006, enabling energy savings of up to 40 per cent, according to SP Group.

Tengah, which is scaled at around 220 to 300 HDB blocks, will be similarly equipped with a centralised cooling system adapted for residential use. Through centralised cooling, lifetime household energy consumption is expected to be reduced by 30 per cent.

The upcoming Punggol Digital District, developed by national industrial infrastructure developer JTC Corporation, will be equipped with a smart energy grid that can lower energy usage, distribute green energy such as solar power seamlessly across the district and detect abnormal energy consumption.

In Punggol Digital District, the buildings will be 30 per cent more energy-efficient than conventional commercial buildings, thanks to the sustainable design and smart optimisation enabled by the district's open digital platform.

Take Punggol's open digital platform, which will collect districtwide data through its network of sensors, including building data (to do with lifts, lighting and occupancy, for example) and environmental data (such as temperature and rainfall). These data sets will allow JTC to optimise resources in real time and fix issues before they become serious problems.

The open digital platform's digital twin technology will also provide an experimental environment for anyone in the district. It will allow industries and researchers to tap the open data to test new concepts of living, working and service delivery for the neighbourhood.

In Tengah, numerous initiatives - such as solar photovoltaic installations (which convert sunlight directly into electricity) and charging systems for electric vehicles, along with battery energy storage systems - are planned in an integrated manner. SP Group's OneTengah digital platform will allow town council and facility operators to better measure, monitor and manage what systems are being deployed.

Sustainable districts in a city hold huge promise for turning eco-conscious living into a collaborative endeavour. When such innovations are successfully implemented, the city is able to reap many benefits from systems-level integration and enjoy economies of scale, including energy savings.

People: However, the success of these innovations ultimately rests on the people on the ground.

Governments and developers can build the necessary infrastructure, but to actually reduce emissions, residents must do their part through individual lifestyle choices.

A recent media survey found that nine in 10 Singaporean millennials are willing to make personal sacrifices to support climate change mitigation efforts. That's why Tengah is designed to make it as easy and socially desirable as possible for residents to reduce their carbon footprint.

One way Tengah will do this is through Eco Boards - digital displays that provide residents with block-level information on energy and water use.

Tengah and Punggol Digital District are in the vanguard of city-level eco-smartness, but there are ways for everyone to contribute, no matter where in Singapore you live.

SP Group is helping its customers to do just that through the My Carbon Footprint and My Green Credits features on the SP Utilities app. These allow customers to track carbon emissions resulting from electricity, water and gas consumption, and match this with the purchase of an equivalent amount of green energy.

With the right urban infrastructure and power of knowledge, it will be possible to achieve climate action goals at both the individual and national levels.

Hugh Lim is the executive director of the Centre for Liveable Cities, under the Ministry of National Development.

This article was first published in The Straits Times.

Want to join in on the action?

Sign up for our newsletter to receive the latest industry news and updates on Punggol Digital District. 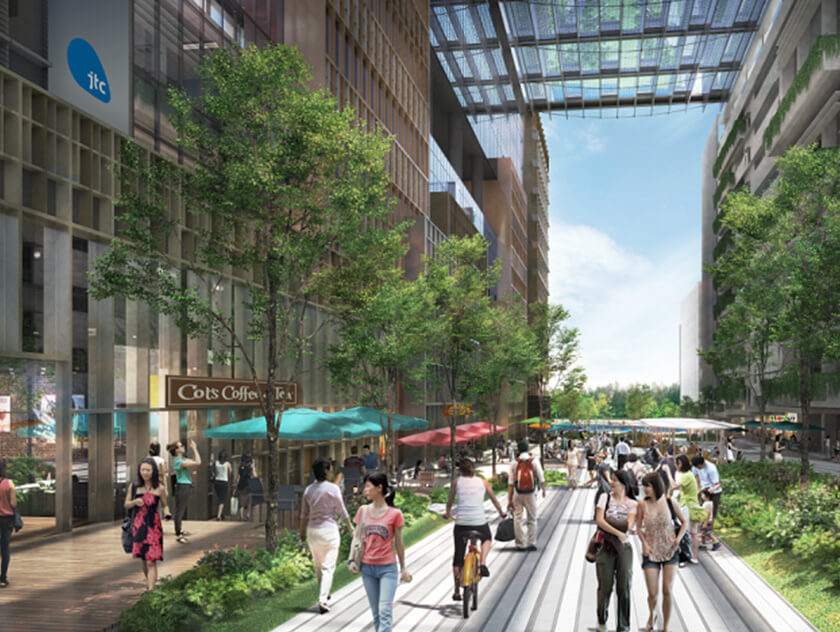 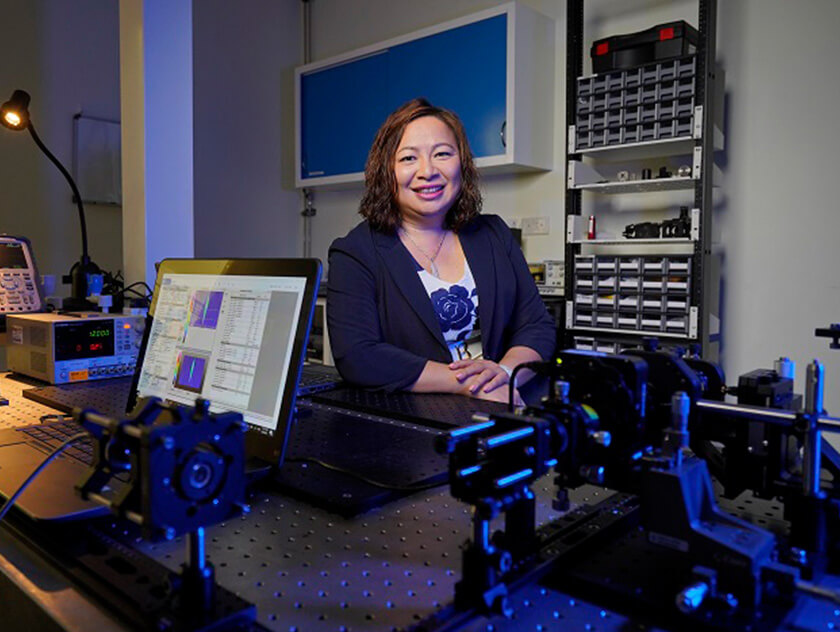 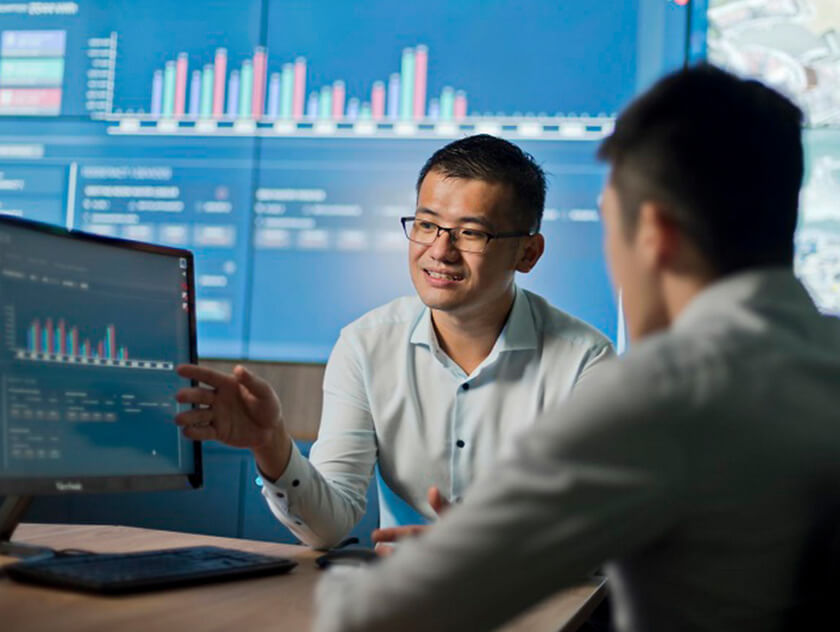